If you have ever faced a very difficult situation in life you may have doubted God’s goodness and power over sin and death. The big question everyone always asks when something bad happens to them is, “If God is so good, why does evil still exist?” That’s a pretty loaded question to ask but I think the reason that people ask this question is that they have experienced some sort of pain in their life.

Pain is a response to let us know that something is wrong, but despite that pain, God reveals Himself as good.

Romans 8:28 says, “And we know that God causes everything to work together for the good of those who love God and are called according to his purpose for them”. Did you catch that? God allows everything that we face (the good and the bad) to be used for good. Even the painful? Yes. Even the most difficult situation? Yes!
Look at the life of Joseph…

Joseph was Jacob’s favorite son. Joseph knew that and exploited his relationship with his dad to his brothers. Who doesn’t like a little friendly competition? But this turned out to be much worse than maybe Joseph had imagined. Joseph had a dream about his brothers bowing down to him, and that didn’t go over very well.

In fact, it was so bad that all the brothers plotted against Joseph to see how they could get rid of him. They staged a death so brutal that no one would believe that they actually came up with the idea. His brothers saw him coming from a distance and said, “Here comes this dreamer. Let us kill him and throw him into one of the pits. Then we will say that a fierce animal devoured him, and we will see what will become of his dreams.” They thought killing him would be a bit much (ya think?) and so they decided to just abandon him and leave him in a pit to be sold into slavery, and that’s exactly what happened.

We can imagine that Joseph could have blamed God for the place he was in. Despite all of the difficulties Joseph faced in his life, at the end of it all Joseph tells his brothers, “You meant evil against me, but God meant it for good.” Joseph was right about the dream, but it happened much later than he thought. Whatever Joseph thought while being mistreated, he ultimately realized that God was with him through it all. What a great lesson we can all learn from!

We cannot say that God is the one who tempts us with difficulties or with evil because He is not the author of evil. We do however need to know the difference between a test and temptation because we can easily confuse the two. A test is God’s way of building us up.

Temptation is Satan’s way of tearing us down. And how we respond to the situation will reveal whether we allowed God to test us or if we allowed Satan to tempt us. “Temptation comes from our own desires, which entice us and drag us away.”

Don’t let temptation take you over. What God has planned for your life is for your good and for His glory. Will you trust God, even in the most difficult circumstance? 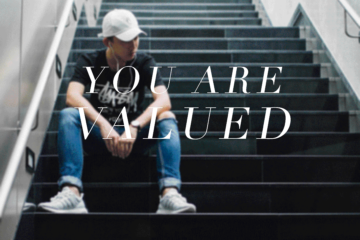 Genesis 1:26–27 “Then God said, ‘Let us make human beings in our image, to be like us. They will reign over the fish in the sea, the birds in the sky, the livestock, all the Read more… 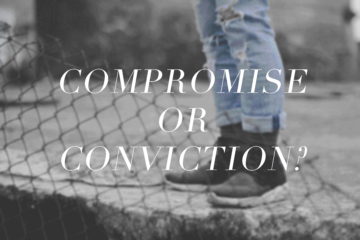 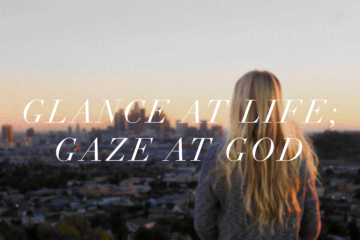 Glance at Life; Gaze at God

Jim Carrey once said, “I hope everybody could get rich and famous and will have everything they ever dreamed of, so they know that it’s not the answer.” That’s interesting considering that Jim Carrey of Read more…